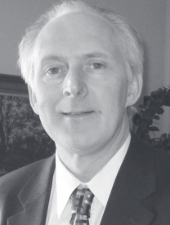 TCR: Dr. O’Reardon, I’d like to pick your mind about your approach to treatment resistant depression. First of all, how do you define it?
Dr. O’Reardon: My working definition is the failure of a depressive episode to respond fully to an adequate trial of treatment.

TCR: Does that mean a single trial of an antidepressant?
Dr. O’Reardon: It means a trial of an effective treatment, be it medication or a course of psychotherapy. A patient may have had a course of cognitive therapy from a well-trained therapist, and if this was not effective, I would count that patient as treatment resistant.

TCR: So what’s your approach for these patients?
Dr. O’Reardon: The first thing I do is to optimize their current treatment, which may be a matter of increasing the antidepressant dose or continuing the treatment for an adequate period (6 - 8 weeks). If I feel that a patient has truly failed an adequate treatment, then I classify him or her as “Stage 1 TRD”, meaning the failure of a single class of medication. Stage 2 TRD means failing two different classes, Stage 3 is failing a TCA trial, Stage 4 is failing an MAOI trial, and finally Stage 5 is reserved for the really treatment refractory patients who have failed ECT. Then I would subdivide each stage into a “a” or “b”, based on whether an augmentation strategy was used at that level along with that class of antidepressant.

TCR: How do you suggest that we use this staging system in clinical practice?
Dr. O’Reardon: In the TRD clinic, we use this to help keep us on track in treating difficult cases. I think there’s a tendency among primary care physicians and sometimes psychiatrists to keep switching from one SSRI to another when there really is no evidence that you’re going to gain anything beyond a single switch within a class.

TCR: How do you decide between switching and augmenting?
Dr. O’Reardon: In practice, I decide on the basis of two questions. First, does it appear that there is anything to augment, that is, is there at least a partial response? Second, is there something attractive to switch to? If someone has only had only a minimal response to an SSRI, I’ll think about making a clean switch, for example to venlafaxine or bupropion. But in some cases, a patient may have already burnt through a lot of medications already because of either intolerance or resistance –– and then it makes sense to build on what you have.

TCR: How do you usually make your switches?
Dr. O’Reardon: I just make a direct switch on the theory that whatever medication I switch to will cover any SSRI withdrawal syndromes. Sometimes I’m more cautious with Effexor, which tends to cause more severe discontinuation.

TCR: Speaking of Effexor, what is your take on Effexor and the risk of hypertension?
Dr. O’Reardon: It’s dose dependent. Essentially until I get up to 300 mg, I’m not really concerned about blood pressure, and I don’t typically monitor it. However, in our TRD clinic we often shoot for Effexor doses in the 300-450mg range, and at that level we monitor blood pressure more carefully.

TCR: What’s your take on tricyclics and MAOIs? Have we forgotten how to use them?
Dr. O’Reardon: I think both of these meds are underprescribed. We very often use MAOIs in the TRD Clinic, because our patients have often not been prescribed them. We’re also more comfortable with MAOIs than TCAs because of the possibility of bipolar depression, and we’re wary of the high switch rate to mania with TCAs.

TCR: For those of us who are a little rusty on our MAOIs, can you tell us what you like to use and how you dose it?
Dr. O’Reardon: Parnate (tranylcypromine) is my favorite, because it’s weight neutral, it’s stimulating which is good especially for the lethargic depression of bipolar disorder. I start at 10 mg BID for two weeks, then I go up to 20 BID, and I tell the patient not to take the second dose later than 4 pm because of the potential for insomnia. I usually divide the dose because this is less likely to cause postural hypotension. So we’re usually at 40 mg by week 4, then 60 and 80 mg by weeks 6 and 8, respectively. Nardil (phenelzine) is more anxiolytic but it causes more weight gain. It has the advantage of having good data on social phobia and panic disorder. With Nardil I shoot for 45-90 mg per day.

TCR: What do you tell your patients about food on MAOIs?
Dr. O’Reardon: Basically we use a simplified one page diet, derived from current evidence-based medicine on the tyramine content of foods, which is easy to follow. I also strongly caution against any over-the-counter medicine that might contain a decongestant, such as pseudoephedrine. Food-wise the key things to avoid are aged cheeses (such as cheddar, parmesan and stilton), dried or aged meats (including salami, pastrami, bologna and pepperoni), beer including alcohol-free, tofu, soy sauce, miso soup and a few other less common odds and ends. Lastly, we instruct our patients that anytime they see another physician or dentist that they inform that provider that they are on an MAOI in advance of getting a prescription for any medicine.

TCR: And what’s your favorite tricyclic?
Dr. O’Reardon: I like desipramine because it’s well tolerated and you have more flexibility in ultimate dosing than a window-type agent like nortriptyline. I start at 50 mg/day, increase to 100 after a week or two, then I check a blood level, and decide on further increases based on that. I get blood levels on all my patients on TCAs because it confirms compliance, and also because there’s such a wide range of metabolizers. I’ve seen patients on 75 mg of desipramine who were supratherapeutic and others on 200 mg who were subtherapeutic.

TCR: What do you do when MAOIs don’t work?
Dr. O’Reardon: Well, we haven’t even discussed all the augmentation strategies that I will have often used before MAOIs, our three favorites being Lithium, T3, and Zyprexa. Maybe I can discuss those in a future issue!

SUBSCRIBE NOW
Table Of Contents
Paxil CR
Dr. John O’Reardon on Treatment-Resistant Depression
Paxil CR: Paxil by any other name...
Lexapro: The Son of Celexa
Effexor XR: Is it really as good as they say it is?
St. John’s Wort: Wilting in America
The First Antidepressant
Featured Book
Featured Video
Featured Podcast
Recommended