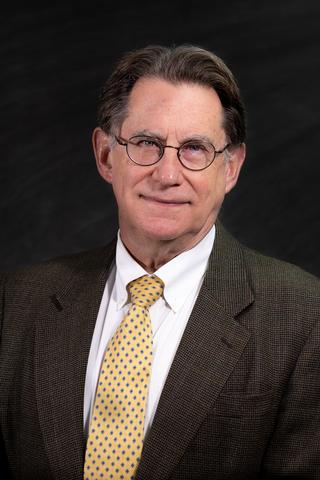 Dr. Conwell, expert for this educational activity, has no relevant financial relationship(s) with ineligible companies to disclose.

CGPR: Can you tell us about your work?

Dr. Conwell: I’m a geriatric psychiatrist at the University of Rochester. For many years, I have been particularly interested in the issue of suicide and suicide prevention in older adults. My colleagues and I are working to address what we see as an underappreciated and misunderstood public health problem.

CGPR: Why is it misunderstood?

Dr. Conwell: Older people tend to fly under the radar. Our society minimizes older people and emphasizes youth. Suicide in older adults does not receive the same attention. There is also the issue of ageism. Beyond the changes in physical appearance, older people tend to have chronic conditions and losses. This makes some of us in our younger and middle age years uncomfortable. We want our parents and seniors to be intact, capable people and, by extension, ourselves at this older age. Giving that up is a difficult psychological process for us individually and as a society. In suicides of older adults, we think “Well, it was their choice” or “It was an understandable thing for them to want to do.” The reality, of course, is much more complex.

CGPR: What is the epidemiology of suicide in older adults?

Dr. Conwell: Overall, the rate of suicide in the US is about 10–13 people per 100,000, which is a very rare event. However, this amounts to over 45,000 suicide deaths in the US every year and probably over 800,000 worldwide. In the elderly, suicide rates are driven by older White men with a rate of 48.7 people per 100,000 (Conwell Y and Thompson C, Psychiatr Clin North Am 2008;31(2):333–356). In men, there is a young-adult peak that levels off, which then increases again after age 65 to a peak about 10 times higher for older men than for older women. Older adult women in the US, unlike in other countries, tend to have very low suicide rates; their rate tends to rise to a peak in midlife and then drop. Suicide rates tend to be higher among the White population than the non-White population, with some exceptions (Ramchand R et al, JAMA Netw Open 2021;4(5):e2111563).

CGPR: How does the suicide risk compare to other countries? Do you see the same increase among older White males?

Dr. Conwell: Over the last 30 years, suicide rates have decreased in many parts of the world. In the US, sadly, rates have gone up. We are an outlier in the world compared to other countries of all income levels. In every country, the difference in suicide risk between men and women gets larger with increasing age. One theory is that men, particularly the current older adult male cohort, are not good at developing close confidential relationships, leading to social isolation (Schmutte T et al, Am J Mens Health 2009;3(3):189–200). The culture of firearms in the US is the big story for suicide in older adulthood. There is an older adult male cohort with many veterans of the wars in Korea and Vietnam. In the US, about 70%–75% of suicides in older adults are by firearm, and 89% of firearm deaths in men over age 65 are suicides.

CGPR: What is your approach to suicide risk assessment in older adults?

Dr. Conwell: Risk factors for older people are very similar to risk factors in younger adults. However, older people may have a different way of expressing their distress than a younger person. For example, older adults with depression may deny feeling sad but present with somatic complaints. They may not have the ease of entering into a conversation about feelings.

CGPR: What about passive suicidal ideation? How do you evaluate suicide risk in older people who may have thoughts of death and even want to be dead, but haven’t expressed agency or admitted to a plan to take their own lives?

Dr. Conwell: What makes this tricky is that thoughts of death are normative in older adults. Older adults think about their own mortality, especially as a normal response to stressors. However, thinking of death is not the same as passive suicidal ideation, so making that distinction is important. It starts with understanding what a person means when they talk about death and dying. You evaluate how far the person has gone in elaborating on the idea that they want to be dead. I may ask, “Have you thought about harming yourself or ending your life?” If they say yes, then I follow up with, “Have you thought of specific ways to end your life? Have you made any plans or preparations?” In the movement from passive to active suicidal ideation, people develop plans, practice, and gain access to potentially lethal means.

CGPR: Can you describe the 5 D’s framework in thinking through suicide risk?

Dr. Conwell: Sure, and that’s the right term; it’s just a framework. It’s always a complicated interaction of multiple factors that leads a person to take their own life. The 5 D’s framework is best thought of as a Venn diagram wherein five domains overlap. The first D stands for depression. Although any psychiatric illness can increase the risk for suicide, depression is most commonly the driver. The other D’s are disease (physical illness or pain), disability, disconnectedness, and deadly means (most commonly, access to firearms). Many older adults have a firearm in their home, but suicide is pretty rare. However, when a depressed older person lives in a home with a firearm, that combination is potentially deadly. When that person is also physically ill, in chronic pain, disabled, unable to participate in activities that had provided meaning in life, and disconnected from social supports—you can see where this leads. It’s in the overlap of the domains where the risk for suicide emerges. (Editor’s note: See “5 D’s Framework for Suicide Risk Assessment” table).

CGPR: How do you use the 5 D’s framework to structure your interventions?

Dr. Conwell: An intervention in any one domain potentially reduces suicide risk. These include arranging for the firearm to be removed from the home, if only temporarily; mobilizing caregivers and supports; and initiating treatment for the underlying psychiatric illness. I want to emphasize the importance of social connectedness. Engaging with others can make a huge difference in a person’s view of life, even if they remain distressed by other things. Social connectedness interventions work. For example, a cognitive behavioral approach with problem solving and behavioral activation is a useful approach to overcoming social isolation in older adults during the pandemic (Van Orden KA et al, Am J Geriatr Psychiatry 2021;29(8):816–827).

CGPR: You mentioned depression as a major risk factor. Which other mental illnesses increase suicide risk in late life?

Dr. Conwell: Depression is a real driver of suicide in older adults, and it tends to be about twice as common in women compared to men. Other disorders tend to be less common in older adults. These include alcohol or substance use disorders, bipolar disorder, and psychotic illnesses. Schizophrenia has a very high risk associated with it, but it is seen less in older adults, probably because of early mortality. Anxiety disorders may increase risk, although they are rarely independent of depression as risk factors for suicide. Finally, there’s dementia. A person with a cognitive disorder is at greatest risk for suicide early in their decline, as mood lability and problem-solving deficits often emerge before the diagnosis is made (Conejero I et al, Front Neurosci 2018;12:371).

CGPR: What is the relationship between antidepressants and suicide risk in older adults?

CGPR: I find this puzzling. Isn’t the thought that older adults are more sensitive to the effects of activation or akathisia? Why wouldn’t antidepressants increase their suicide risk?

Dr. Conwell: We don’t know. Emergence of suicidal thinking is rare, but at a large meta-analytic level, it’s a phenomenon that occurs among adolescents and among middle-aged and younger adults.

Dr. Conwell: The Geriatric Suicide Ideation Scale (GSIS) is an interesting scale, and it has four subscales. It addresses topics that are especially salient for older adults, such as meaning in life. The GSIS helps direct this discussion in a systematic way. The problem is that it’s 30 items; not all clinicians will find such a long scale clinically useful. There are shorter screeners such as the 10-item Brief GSIS and the five-item GSIS-Screen, which are more useful tools based on their length, although they are rarely used clinically and difficult to access.

CGPR: Do longer screening tools actually improve outcomes? Why not just ask, “Have you had thoughts of suicide, and can you tell me about them?”

Dr. Conwell: I’m skeptical that screening tools change outcomes. There’s so much that we don’t know about suicide prevention in older adults because it’s a rare outcome. In younger and middle-aged people, we use suicide attempts and suicidal ideation as a proxy, which is reasonable. The problem in older adults is that suicide attempts are much less common. We estimate that there are between two and four recognized suicide attempts per completed suicide in elderly patients—but in the general population it’s much more, probably 20 or 40 attempts, and in younger women up to 200 suicide attempts (Conwell Y, Focus 2013;11(1):39–47).

CGPR: What role do protective factors have in suicide risk?

Dr. Conwell: Protective factors don’t get the attention they deserve. The protective factor isn’t the absence of risk factors; it’s one that interacts with one or more of the 5 D’s to alter their impact. Connectedness and meaning in life, for example, may reduce the likelihood that a disability will lead to development of a suicidal state. People with spiritual lives (with or without organized religion) have a lower suicide risk. Being part of a faith community also seems to be protective. We need to ask our patients what’s important to them, specifically what has kept them from ending their life. Understanding this piece can be the starting point in ensuring that their protective factor is in place.

CGPR: Thank you for your time, Dr. Conwell.