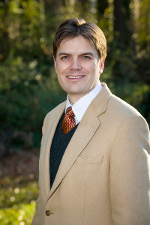 We’re pleased to introduce Chris Aiken, MD, as the new editor-in-chief of The Carlat Psychiatry Report. Dr. Aiken is a clinician, researcher, and writer. He is the director of the Mood Treatment Center in North Carolina, where he maintains a private practice combining medication and therapy along with evidence-based complementary and alternative treatments.

He has worked as a research assistant at the NIMH and a sub-investigator on clinical trials, and conducts research on a shoestring budget out of his private practice. Dr. Aiken completed medical school at Yale and psychiatric residency at Duke and Payne-Whitney Cornell, and serves as a clinical instructor in psychiatry at Wake Forest University. He is a regular columnist for Psychiatric Times and, along with Jim Phelps, the coauthor of the self-help book Bipolar, Not So Much (W.W. Norton, 2017). He has never given talks on behalf of the pharmaceutical industry, but is a frequent lecturer on psychiatric topics.

Dr. Aiken replaces Dr. Daniel Carlat as editor-in-chief, which will allow Dr. Carlat to play a larger role as publisher of TCPR and all other Carlat Publishing offerings.
General Psychiatry