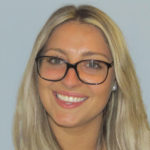 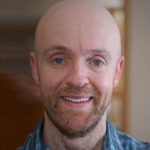 Dr. Ignaszewski and Dr. Spielmans have disclosed that they have no relevant financial or other interests in any commercial companies pertaining to this educational activity.

CCPR: We are here with Dr. Ignaszewski and Dr. Spielmans to review the latest on emergent suicidality in children and adolescents during antidepressant treatment. Dr. Spielmans, please give us the context of this issue and how your recent article fits in (Spielmans GI, Spence-Sing T, and Parry P, Front Psychiatry 2020;11:18).
Dr. Spielmans: In 2004, the FDA required a black box warning for antidepressants, which said that antidepressants lead to a higher risk of suicidality than placebo among children and adolescents. The warning was updated in 2006 to include young adult patients (up to age 24). Shortly after that, some researchers reported that this warning had a bad outcome—namely, that it resulted in fewer antidepressant prescriptions for kids and adolescents and increasing suicide rates in youth. This became accepted wisdom. But in our paper, we reviewed the research and concluded that the original black box warning should not be merely dismissed.

CCPR: Can you describe your paper’s methodology and what you found?
Dr. Spielmans: Yes, we did a selective literature review of papers from 1990 to 2018. We found a large increase in the number of antidepressants prescribed from the 1990s up to 2004. After the black box warning in the US in 2004, this decreased slightly for a while, but returned to the previous rates by 2009 and has continued to rise. Meanwhile, the US suicide rate in teens has been rising over the past decade. We also found that at the time of the US warning in 2004, the prescribing rate plummeted in the UK but there was no increase in suicides. For some reason, less antidepressant prescribing was related to somewhat higher rates of suicide in the US, but not in the UK.

CCPR: What do you think accounts for the difference in the two countries?
Dr. Spielmans: When we looked at the US research, we concluded that some research cherry-picked certain years. For example, a very influential paper in 2007 by Robert Gibbons and his team looked at one particular year (2003–2004), and reported that there was a decrease in antidepressant prescriptions and an increase in suicides during that time frame (Gibbons RD et al, Am J Psychiatry 2007;164(9):1356–1363). But every year there will be fluctuations or blips in the data: more or fewer suicides, more or fewer antidepressant prescriptions. Therefore, accurately studying these trends requires a time series of several years of data.

CCPR: What other problems with the research did you identify?
Dr. Spielmans: Another paper from the Gibbons team analyzed the clinical trials of Prozac (fluoxetine) and claimed that these studies showed no increase in suicide risk due to this antidepressant. But the measure of suicide risk used one item from the Children’s Depression Rating Scale (CDRS) (Gibbons RD et al, Arch Gen Psychiatry 2012;69(6):580–587). The FDA and even GlaxoSmithKline say that’s not a good measure of suicide risk (https://pubmed.ncbi.nlm.nih.gov/16553530; www.tinyurl.com/yx8hjcsk). Another SSRI, Paxil (paroxetine), has in fact been associated with increased risk—several papers have reported higher rates of suicidality, with one study showing 3.4% vs placebo at 0.9%.

CCPR: What about kids with severe depression? Do they benefit more from ­antidepressants?
Dr. Spielmans: That’s an important distinction. In the US, antidepressant prescriptions were reduced among kids with milder depression, but not among severely depressed kids (https://ps.psychiatryonline.org/doi/10.1176/appi.ps.201700089), so we don’t know if decreased use of antidepressants leads to increased suicidality in this population.

CCPR: The data you just described were from 10 or more years ago. What have we seen since then?
Dr. Spielmans: Over the time period 2004–2016, self-reported rates of suicide attempts and self-reported rates of antidepressant prescription among adolescents in the US were highly correlated (r = 0.83; www.tinyurl.com/yyqpeuwg). However, I think it’s unwise to draw conclusions based on those data. There are all sorts of variables that influence suicide, like unemployment and drug use (by the kids or by their parents). Parental military deployments can influence suicide rates too. The best way to examine whether antidepressants cause suicide in some cases is to look at controlled trials rather than time-series observational studies. That said, a time series that looks at trends over many years is more valuable than one that uses a short time period.

CCPR: Dr. Ignaszewski, your paper looked at a decade of data and found no increased suicidality with antidepressant treatment (Ignaszewski MJ and Waslick BD, J Child Adolesc Psychopharmacol 2018;28(10):668–675).
Dr. Ignaszewski: Our paper initially was conceived as providing an update on the effectiveness of new antidepressants for treatment of pediatric depression over the last decade. As we were going through the papers, we noticed that there was a shift in methodological assessment for treatment-emergent suicide. Namely, newer research was systematically utilizing the Columbia-Suicide Severity Rating Scale (C-SSRS) to assess both baseline and treatment-emergent suicidal ideation, as opposed to the CDRS or self-report, which were used in past studies. The more recent data, which used a more sophisticated measure of suicidality, indicated that there was no increased risk of suicidality in the active medication arms versus placebo.

CCPR: But there’s a twist here. You found no association between antidepressant use and suicidality, but Dr. Spielmans did find an association. How can you explain these apparently different findings?
Dr. Ignaszewski: Glen was able to drill down deeper into the data and uncover suicidal events that were not apparent in our analysis. He and his team identified that some of the data were incorrect or misattributed to placebo.

CCPR: As a clinician, would you be reducing the dosage right away if a patient becomes suicidal?
Dr. Ignaszewski: Not necessarily. Context is crucial, and this is something that I review with primary care and pediatricians all the time. Suicidal ideation travels with other symptoms of depression, such as worsening functioning, sadder mood or irritability, progressive anhedonia, and not wanting to spend time with friends or on enjoyed activities. Firstly, we want to assess whether these symptoms are also present, which would stratify our approach and we might continue or increase the medication rather than decreasing the dose or stopping it. Secondly, in any scenario, we would want to provide more frequent check-ins for the patient and family, and thirdly we’d work on safety planning. We help the child and family learn how to manage those thoughts and feelings, maintain safety and seek additional support, rather than reflexively changing medication dosage.

CCPR: In the absence of a clear answer to this important question, what should we be telling patients and their parents?
Dr. Spielmans: We need to let patients and their parents know that if suicidality emerges, it could be drug induced. If suicidality is automatically attributed to depression getting worse, then prescribers might increase doses or augment treatment in some other way. But if suicidality is viewed as possibly medication related, prescribers might take more thoughtful approaches, such as consideration of dose reduction, emphasizing psychotherapeutic approaches, and scheduling more frequent check-ins.

CCPR: What language do you use during the informed consent process at the beginning?
Dr. Ignaszewski: I talk about the advantages and risks to medication. Any medication—even Tylenol or Advil—carries risks. As I’m talking about the black box warning with patients and their families, I have already assessed for suicidal ideation and come up with a treatment plan to answer questions such as “Who’s going to be the contact?” “How will we identify it?” and “What will we do in that situation?” We also talk about the risks of untreated depression, including self-esteem, relationships, and academic performance, which can easily be overlooked in the anxiety of suicidality. Ultimately, I am working with the patient and family in front of me while being mindful of the research—the potential benefits often outweigh the risks.

CCPR: Dr. Spielmans, what are your thoughts?
Dr. Spielmans: For anxiety, you can make a good case that SSRIs can be beneficial. With depression, it gets trickier. It’s more effective than a placebo, but usually by a pretty small amount.
Dr. Ignaszewski: Right. We are talking about more severe depression. Over-pathologizing normal sadness confuses research findings because these research subjects have high placebo response rates, so we might see very limited separation from active treatments. So when I am talking to patients and families, I try to differentiate normal sadness from pathological depression by focusing on functional impairment. I look for a major departure from what their life has been like, their activities and their overall developmental trajectory, perhaps no longer going to school. Medication can be indicated in these situations to get things back on track.
Dr. Spielmans: I agree that impairment can be a gauge as to who needs treatment. In terms of studying the risks of untreated depression, you’d need a group of children and adolescents with depression whose families do not want treatment but are willing to participate in a study. Even for adults, the research on untreated depression is sparse, especially in the long term. I think it’s dicey to guess at the risk of suicides among children and adolescents with untreated depression. Not all youth who die by suicide are suffering from underlying depression, and many children/adolescents who die by suicide have multiple mental health struggles, so it’s hard to necessarily say that untreated depression by itself was the cause of suicide.

CCPR: So how do we make sense of the research we see in professional journals?
Dr. Ignaszewski: The responsibility is on us as clinicians to read every article through a critical lens. We have to remember that there is a lot we don’t know, a lot of complexity, and many confounding variables. Raw data are usually not provided, and regardless it’s not realistic to be looking at raw data for every study. Randomized controlled trials give us the most information about cause and effect, but when we’re thinking about take-home messages, then meta-analyses and consensus statements based on a review of the literature can be really helpful. And we need to consider a body of research. We should not make huge, sweeping changes to our practices based on single articles, but it’s also vital for all of us to be lifelong learners.

CCPR: Dr. Spielmans, how do you do that deep dive into the data?
Dr. Spielmans: My research dissects studies. In this case, one escitalopram trial attributed two suicidal events to placebo, but—and you had to read the article carefully to see this—both events happened after the people had stopped taking placebo and had started taking escitalopram in the community (https://pubmed.ncbi.nlm.nih.gov/24041408). It’s hard, potentially impossible, to casually read an article and pick up on those things without doing a deeper dive into the numbers. I’ve also read a lot of internal drug company documents, and when a clinical trial is written up, it is written with marketing in mind first, science second. It wasn’t until lawsuits were filed and internal documents were released that it became clear there were suicide-related events that were not reported in journal articles (https://pubmed.ncbi.nlm.nih.gov/12835239; https://pubmed.ncbi.nlm.nih.gov/18792536). We’re told to practice evidence-based medicine, but if the evidence itself is not accurate, that’s a problem.
Dr. Ignaszewski: I’m so thankful for this discussion and Glen’s paper because it was so eye opening for me. As providers, we need to be more aware of these practices and go further to teach trainees about this. We need non–industry funded ­studies by national health organizations and others to get the data for making our decisions, and to reduce reporting with clear conflicts of interest.

Is Dose Reduction the Ideal Strategy after First Episode of Psychosis?

SUBSCRIBE NOW
Table Of Contents
CME Post-Test - Mood Disorders in Children and Adolescents, CCPR, Oct/Nov/Dec 2020
Note From the Editor-in-Chief
Our Role in Community Disasters
Duty to Warn? Debating Antidepressant Suicidality
Managing Video Gaming in Children and Teens
What Do We Do About Dyslexia?
Oral Contraceptive Users and Depressive Symptoms
Vitamin D for ADHD?
Which Medications Have the Lowest Risk of Side Effects?
DOWNLOAD NOW
Featured Book
Featured Video
Featured Podcast
Recommended