Home » Is It Time for an Online Tantrum Tool?

Is It Time for an Online Tantrum Tool?

We often encounter children with disruptive behaviors, but tools to address these issues are few. Although parent management training (PMT) is an effective treatment for disruptive behaviors, access to quality PMT is limited in most places. Online PMT programs exist, but most lack active support from trained clinicians and have poor completion rates among parents. To address this need, the authors of the current study examined the feasibility and utility of a clinician-supported virtual PMT ­program.

Remarkably, around 90% of parents completed the online modules and video sessions. Parents who completed the study found the program satisfactory (PSQ score = 26.5) and reported around a 50% reduction in their kids’ disruptive behaviors (DBRS score 13.5 > 7.3) as well as irritability (mean ARI score 7.2 > 3.75). The improvements appear to be clinically meaningful and experienced at rates similar to those seen in the regular in-person PMT programs.

The main drawbacks of this study were its very small sample size, lack of control group (which allows for an open label–type bias), lack of clear generalizability since it was conducted in a school setting, and the need for in-person screening for the virtual intervention.

CCPR’s TAKE
Despite the many limitations, this study shows that a brief online program along with just three video sessions by a trained clinician shows promise in delivering effective PMT to so many of our patients’ families who otherwise do not have access to it. There is a need for such tools as a public health measure, and we hope to see the tool released for general use and independent larger, controlled study by unaffiliated researchers. 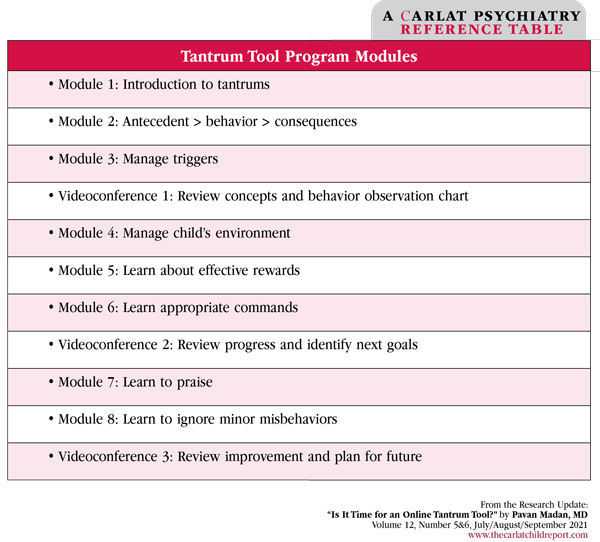 The Evidence Base for Polypharmacy in ADHD