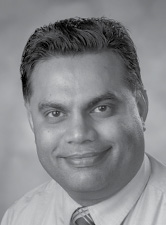 Dr. Tampi, expert for this educational activity, has no relevant financial relationship(s) with ineligible companies to disclose.

CGPR: What is the course of personality disorders as people age?

Dr. Tampi: Personality usually doesn’t change much. People with borderline personality disorder (BPD), for example, don’t usually experience significant changes once they reach middle age. Experiences over a person’s lifespan may teach them skills that blunt their sharp edges, but the core features of maladaptive behavior patterns remain. Although people with BPD often show high rates of remission and low rates of relapse, they continue to experience severe and persistent impairment in social functioning (Gunderson JG et al, Arch Gen Psychiatry 2011;68(8):827–837). If you see a major change in personality as a person ages, you’d suspect a primary psychiatric illness, substance use, major neurocognitive disorders, or delirium.

CGPR: Can you provide an example of a change in personality due to another condition?

Dr. Tampi: I recently saw a 77-year-old woman who presented with language abnormalities and personality changes—her husband now walks on eggshells around her. On the initial Montreal Cognitive Assessment (MoCA), she scored 30 out of 30, but her husband was sure something was going on. Since the initial evaluation, the patient has continued to decline both cognitively and functionally. Her last MoCA score was 23/30. I diagnosed her with major neurocognitive disorder, possibly due to Alzheimer’s disease (AD), although her language and personality changes would also be consistent with frontotemporal dementia (FTD). I thought the diagnosis of AD would be more appropriate given her senile onset, associated memory decline, and lack of associated executive dysfunction.

CGPR: In your experience, do clinicians often miss personality disorders in older adults?

Dr. Tampi: Yes. As with any other disorder, we miss what we’re not looking for. Clinicians may not realize that patients have a personality disorder if it hasn’t been previously diagnosed, so they may wonder why an 80-year-old is presenting with symptoms of a personality disorder. It’s a longitudinal diagnosis, so it’s difficult to make; the patterns of maladaptive behaviors must be enduring. You will need collateral when evaluating personality changes.

CGPR: As people with personality disorders age, do their self-harming behaviors increase in frequency?

Dr. Tampi: There is a smaller role for cluster B personality disorders in late-life suicide compared to suicide in younger adults, although there is a possible role for cluster C disorders such as obsessive-compulsive personality disorder (OCPD) (Szücs A et al, Front Psychiatry 2018;9:128). Deliberate self-harm declines with age. Other maladaptive patterns of behavior, such as excessive drinking or gambling, also decline with age (Welte JW et al, J Gambl Stud 2011;27(1):49–61).

CGPR: How do you document suspicion of a personality disorder, especially since patients have access to their own records?

Dr. Tampi: I say to every patient: “It’s your health and your chart. You own the chart; I don’t. I just document in it.” I tell the patient that I will not say or do anything that they don’t know about. When I suspect a personality disorder, I say something like: “Has anybody discussed that the difficulties you have in life could be because of personality issues?” I don’t make it a negative thing by calling it a disorder. Sometimes patients respond: “People have said that I may have BPD.” If they do, my next questions are something like: “What is your understanding about it? What would you like to do about it? Would you like therapy?” Many times, patients are then agreeable.

CGPR: Can you give me an example of this documentation strategy?

CGPR: What’s on your differential diagnosis in an older adult with new-onset mania or hypomania?

Dr. Tampi: I think about disorders that are secondary to either a medical condition or substance use. I also think about bipolar disorder, schizophrenia, or schizoaffective disorder.

CGPR: How do you narrow down your differential?

Dr. Tampi: The diagnosis is made through a good history, a thorough physical examination, appropriate laboratory testing, screening tools, and neuropsychological testing if the diagnosis remains unclear. I tell my patients that we may not get it right the first time around because we are gathering information; we start by sorting out what conditions are most likely and then work down the ladder. I follow a standardized process for all of my patients to minimize my chances of missing something. For the history, I assess whether my patient has experienced a previous episode of mood instability. I then clarify whether they are experiencing mood instability alone or in combination with other features. I also rule out underlying medical causes, such as hypothyroidism. I review their medications, paying special attention to stimulants, but I also ask about drugs of abuse. Finally, I assess whether my patient experiences cognitive issues, as many neurodegenerative disorders can have mood instability as their first presenting symptom.

CGPR: When an older adult experiences their first episode of mania or hypomania, what are the chances that it’s due to new-onset bipolar disorder versus something else?

Dr. Tampi: First onset of bipolar is uncommon in late life. The typical age of onset is usually in the late teens/early adulthood, although a small number of patients develop classic manic symptoms in late life. The one-year prevalence of bipolar disorder is around 0.4% in adults 65 years and older (Blanco C et al, J Psychiatric Res 2017;84:310–317).

CGPR: Those numbers are extremely low.

Dr. Tampi: For classic bipolar disorder, onset in late life is very uncommon. I can think of only a handful of my patients who presented with their first episode in older age. That is why I think about delirium, stroke, head injuries, tumors, or medication effects (such as stimulants or steroids) in older adults with mood instability.

CGPR: What is the relationship between FTD and bipolar?

Dr. Tampi: Patients with FTD may present with similar symptoms, including mood instability, apathy, and executive dysfunction. But you may not see progression until years later, and when you look back on it, you will say, “We should have thought about it.” When I see a patient with classic manic or hypomanic symptoms, the first thing that comes to my mind is whether this could be the behavioral variant of FTD. Following the patient will point you to FTD if there is progression in symptoms over time.

CGPR: What points you toward FTD when following a patient over time?

Dr. Tampi: Initially, your data will not help you much. Neuroimaging studies will be normal early on. When you strongly suspect early-onset FTD, a positron emission tomography (PET) scan may be helpful because it shows hypofrontality (decreased blood flow in the prefrontal cortex). To date, I have only sent one patient for a PET scan: a younger patient who had symptoms that seemed to be more consistent with FTD than AD. The classic phenotype of a person with FTD is early onset, and 25%–40% of these individuals have a family history, which may contain additional clues to warrant further evaluation. Genetic testing can also be helpful.

CGPR: What do you think about neuropsychological testing to identify FTD in its early stages?

Dr. Tampi: I have had very good results in early stages. Neuropsychologists will be able to distinguish a psychiatric illness from a neurodegenerative illness. They can differentiate pseudodementia of depression from a primary dementia process. Testing can clarify the etiology based on the pattern of deficits. In early stages, people with FTD have frontal executive dysfunction and abnormalities in social cognition. You may not see it initially, but as the illness progresses, it becomes clear.

CGPR: How do you approach the management of disinhibition, as a result of vascular or neurodegenerative changes, in a nonpharmacological way?

Dr. Tampi: It depends on the etiology. In the case of a neurocognitive disorder, I work with the patient and family members on behavioral management techniques, such as redirection. I try to have them minimize risk-taking behaviors (eg, by taking away car keys). Therapy is challenging, as patients with disinhibition may not always have insight into their behaviors.

CGPR: And when it’s not enough, what are your next steps?

Dr. Tampi: Medications. There is little evidence to guide you in the management of behavioral issues. Antidepressants are helpful because they decrease obsessive behaviors and impulsivity in people with personality disorders. In patients with mood instability, you can use anticonvulsants and antipsychotics. For people with FTD, stimulants can be very beneficial (Young JJ et al, Ther Adv Psychopharmacol 2018;8(1):33–48). You might think that a stimulant would make things worse, but increasing norepinephrine and dopamine decreases hypofrontality and can thus help with impulse control, reasoning, etc. Stimulants help with disinhibition—they improve a person’s focus, including attention paid toward social cues. They also seem to help with apathy and risk-taking behaviors in this population.

CGPR: When considering a neurocognitive disorder as an explanation of the patient’s behavioral changes, what do you focus on in the neurological exam?

Dr. Tampi: In a standard neurological examination, I look for findings as a result of vascular changes, such as hemiparesis, weakness, or incoordination. However, unless the neurovascular burden is high, patients may not have any neurological signs. If I’m in doubt, I will co-manage the patient with a neurologist. This may occur in a patient with FTD and Parkinsonism, for example.

CGPR: What else do you look for in the physical and neurological exam?

Dr. Tampi: The examination starts in the waiting room. I assess the patient’s gait, tone, and arm swing. I look for tremors and gaze abnormalities. And then I look for changes in speech—assessing motor functioning, repetition, and comprehension.

CGPR: Which screening tools do you use beyond the MoCA when thinking about personality changes in late life?

Dr. Tampi: The MoCA picks up on mild neurocognitive disorders and subtle executive dysfunction. I don’t do any separate personality assessments. I may ask a neuropsychologist when the diagnosis is in doubt, and they can use the Minnesota Multiphasic Personality Inventory (MMPI) and additional personality assessments. Personality changes secondary to a neurocognitive disorder should not be labeled as a personality disorder. When I suspect personality changes secondary to FTD, I tell the family that I will defer the diagnosis until I have more data. I would not want to mislabel a personality disorder, although I also recognize that limiting the differential can be problematic.

CGPR: How should clinicians proceed if they don’t have access to a neuropsychologist, or if they have limited access to imaging?

Dr. Tampi: When clinicians do not have access to specialized imaging or neuropsychologists, I would recommend co-managing with a neurologist. Clinicians can also discuss the “provisional diagnosis.” Labeling is a big issue in geriatrics, with very real implications for financial and legal independence, driving, and decision-making. An incorrect diagnosis can change the way patients perceive themselves and their difficulties, and this is especially true with personality changes.

CGPR: So, when you speak with families, you speak about provisional diagnoses?

Dr. Tampi: Correct. I say to every patient, “You drive the agenda, not me.” My goal is to help them improve their quality of life. A provisional diagnosis may change as you obtain more information from the chart, previous clinicians, or family members. I treat what is right in front of me and continue to work up the diagnosis and revise as needed.

CGPR: Thank you for your time, Dr. Tampi.

An Off-Label Guide to Gabapentin