Home » Understanding the Varieties of Depression

Understanding the Varieties of Depression 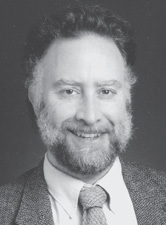 Dr. Pies, expert for this educational activity, has disclosed no relevant financial relationship(s) with ineligible companies to disclose.

TCPR: Is depression one illness or many?

Dr. Pies: I’d say many, or at least several. When psychiatrists use the term “depression,” it’s a bit like a car mechanic saying you have “engine trouble.” It can mean many things, and it’s not a very precise diagnosis. Depressions vary in their clinical presentation, polarity, and etiology.

TCPR: DSM-5 has a few specifiers to subdivide major depressive disorder (MDD). Which do you find most useful?

Dr. Pies: I make use of two DSM-5 specifiers: psychotic features and mixed features. My algorithm is pragmatic and risk based. When I first see a patient with major depression, my first diagnostic “cut” is whether they need emergency hospitalization, usually because of psychosis or high suicide risk. If not, I next want to know if the depression is best explained by some acute or comorbid medical-neurological or substance-related condition that needs immediate evaluation. For example, depression is one of the most frequent neuropsychiatric disturbances in acute stroke, seen in 6%–52% of acute stroke patients (Caeiro L et al, J Psychiatry Neurosci 2006;31(6):377–383). Next, I look at whether the episode has “mixed” hypomanic/manic features, which is a new specifier in DSM-5.

TCPR: Do you mean whether the patient has bipolar disorder?

Dr. Pies: That is only part of this specifier. In the past the DSM only recognized mixed features in bipolar depression, but about one in four patients who don’t meet criteria for bipolar disorder have a few hypomanic/manic symptoms that overlap with their depression (Vázquez GH et al, J Affect Disord 2018;225:756–760). The frequent presence of mixed symptoms argues against a strictly dichotomous system of bipolar vs unipolar or mania vs depression. If we posit a continuum of mood disorders—from, say, recurrent major depressive episodes on the far left to clear-cut manic episodes on the far right—there are still treatment implications for depressed patients who have mixed or manic features.

Dr. Pies: In general, for these folks, I try very hard to stay away from antidepressant treatment, and I try equally hard to make lithium—sometimes combined with an atypical antipsychotic or anticonvulsant—a part of their long-term treatment. Given its antisuicide effects, I think lithium is underutilized in this setting, but more controlled studies are needed (Sani G and Fiorillo A, CNS Spectr 2020;25(4):449–451).

TCPR: What are your top tips for distinguishing unipolar from bipolar depression?

Dr. Pies: I sometimes use the term “bipolaroid”—or, if you like, “bipolar-ish”—to describe patients whose syndromes lie somewhere on the right (toward the bipolar) side of the continuum I just described, but who lack a history of frank manic or hypomanic episodes. Some of the clues to this bipolaroid mood disorder include family history of bipolar disorder, psychomotor retardation during depression, and more abrupt onset and/or termination of depressive bouts. Anecdotally, some patients will report a brief burst of increased energy or subthreshold hypomanic symptoms immediately before bipolar depression onset. And one of the most useful clues pointing toward bipolar spectrum illness is the complaint that antidepressants make the patient feel worse even if they don’t develop full mania on them—for example, the patient complains of feeling antsy, wired, agitated, or unable to sleep when taking antidepressants. Finally, psychotic features are more common in bipolar than in unipolar depression.

TCPR: DSM also distinguishes bipolar II from bipolar I depression. Do you see these differently?

TCPR: Is depression ever not an illness?

Dr. Pies: Absolutely. We often attribute “depression” to people who are actually experiencing grief, demoralization, or despair. These are not “illnesses,” but rather normal parts of the human condition under certain adverse circumstances. Grief, for example, is essentially an adaptive response to a major loss—some would even say that grief is what makes us truly human. Demoralization and despair have some symptomatic overlap with MDD, but they have distinct features that require careful differential diagnosis, since despair is associated with suicide risk and illicit substance use.

TCPR: In 2013, the DSM removed the “bereavement exclusion” from depression. What do you think about this?

Dr. Pies: I think clinically depressed, bereaved patients benefitted from DSM-5 dropping the bereavement exclusion, in that they became more likely to be directed toward professional treatment (which does not necessarily mean medication). I don’t buy the claim that removal of the bereavement exclusion “medicalized normality,” because grief after death of a loved one does not “normally” present with the full panoply of MDD signs and symptoms.

Dr. Pies: This was added in the 2022 DSM-5 Text Revision, and I would say roughly the same thing about it as I would about removing the bereavement exclusion. However, I had advocated that the new diagnosis be called “prolonged dysfunctional grief disorder,” because if you read the criteria, these folks are quite seriously impaired and dysfunctional. I think the APA underestimated the negative reaction the term “prolonged grief disorder” would provoke among the general public, and even among many experienced psychiatrists, who rightly argue that grief doesn’t have an expiration date. That’s very true—but people with prolonged grief disorder are really suffering, and they’d benefit from better recognition and treatment. Dr. Katherine Shear helped develop a specific psychotherapy for this disorder, complicated grief treatment, and it proved more effective than a more traditional model of grief therapy, interpersonal psychotherapy, in two head-to-head trials (Shear K et al, JAMA 2005;293(21):2601–2608; Shear MK et al, JAMA Psychiatry 2014;71(11):1287–1295).

TCPR: How do you tell the difference between clinical depression and normal grief?

Dr. Pies: Folks with “normal” grief often experience a mixture of sadness and more pleasant emotions as they remember the deceased. Their anguish and pain are usually experienced in waves or pangs rather than continuously, the latter usually being the case in major depression. The grieving person typically maintains the hope that things will get better. In contrast, the clinically depressed person’s mood is almost uniformly one of gloom, despair, and hopelessness—nearly all day, nearly every day. And, unlike the typical bereaved person, the individual with major depression is usually quite impaired in terms of daily functioning. Furthermore, with grief, the person’s self-esteem usually remains intact. In major depression, feelings of worthlessness and self-loathing are very common. In ambiguous cases, a patient’s history of previous depressive bouts, or a strong family history of mood disorders, may help clinch the diagnosis.

TCPR: Is medication alone ever appropriate for depression?

Dr. Pies: Very rarely. I believe that some form of “talk therapy” is always appropriate for patients who are clinically depressed. That doesn’t mean psychoanalysis or long-term psychotherapy is needed. Sometimes a few sessions of supportive therapy or cognitive behavioral therapy will suffice. Virtually all depressive syndromes have a psychosocial component, and sometimes a cultural or spiritual one as well. That component may not be causal—in fact, disturbances in the psychosocial realm may be secondary to the depression itself—but it almost always merits attention.

TCPR: Do some depressions need psychotherapy more than others?

Dr. Pies: Well, some depressions are more responsive to psychotherapy, and milder depressions may respond to psychotherapy alone, so it is worth trying as an initial approach. But when it comes to “needing” psychotherapy, the answer is very different. The case for psychotherapy becomes very strong when prominent psychopathology is present—for example, chronic difficulty in interpersonal relationships, pronounced cognitive distortions, or chronically low self-esteem.

TCPR: What do patients need to know about depression?

Dr. Pies: I’ll start by saying what we should not be telling patients—namely, that their depression is “caused by a chemical imbalance in the brain.” Now, of course, that doesn’t mean biology isn’t heavily involved in clinically significant depression—it certainly is! In my own practice, I draw an old-fashioned funnel and show three “inputs” to the funnel: “biological,” “psychological,” and “social.” At the bottom of the funnel, I write “depression.” If a patient is curious about the biological component, I will sometimes provide an appropriate article or talk a bit about genetic influences, nerve growth factors like BDNF, serotonin, etc. I will point out that what we call “major depression” is most likely a group of related conditions, probably with differing etiologies. I discuss the risks and benefits of medications, and I always point out the need for more than medication. “Medication is a bridge between feeling terrible and feeling better,” I tell patients, “but you still need to walk across that bridge.” That’s where psychotherapy comes in.

TCPR: Any tips for humanizing a brief medication visit?

Dr. Pies: That’s a big ask! To borrow a phrase from the literature on borderline personality disorder, sometimes “it’s not the words, it’s the music.” Our eye contact; our tone of voice; a gentle, empathic pat on the shoulder (when appropriate)—all these things can help humanize those hurried and harried med-check meetings. Here’s a question I learned from Dr. H. Steven Moffic that I’ve found helpful in gaining an understanding of the patient during a brief visit: “What keeps you going?”

TCPR: Dr. Pies, what has kept you going?

Dr. Pies: Many factors might discourage me from psychiatry if I were entering the field today: the paperwork; third-party payer hassles; limited access to services; staffing shortages; and, sadly, a lot of misunderstanding and animus directed at psychiatry from the general public. But psychiatry is still a great and noble profession, with almost endless possibilities for creative work. As one of my mentors, Dr. Robert Daly, used to quip, “In psychiatry, you can do biology in the morning and theology in the afternoon.” I have found that to be true—and I think that is what has always kept me going.

TCPR: Thank you for your time, Dr. Pies.