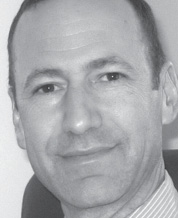 Dr. Carlat has no financial relationships with companies related to this material.

TCPR: What led you to start The Carlat Report 20 years ago?

Dr. Carlat: I was always interested in writing. When I was 8, I would write poems for Thanksgiving dinners with family in Los Angeles. I kept a daily journal, and still do. In residency, I got interested in psychiatric interviewing and decided to write a short book on the subject, The Psychiatric Interview. I sent it out to publishers on a whim, and to my surprise they wanted to publish it. The book became a bestseller and started me down a path that would eventually lead to this publication.

Dr. Carlat: Fast forward to October of 2001. I was in private practice in Massachusetts, and a drug rep from Wyeth walked in with a big smile. He was giving my book to other doctors as a freebie and asked if I’d like to give promotional talks for his company, which made Effexor. “Why not?” I thought. So over the next year I gave several dozen talks, but I soon found the money was numbing my critical judgment—and my conscience.

Dr. Carlat: The industry leaves nothing to chance. They measured how many extra Effexor prescriptions the doctors wrote after each of my talks. The higher the numbers, the more they put me on the podium. But there were problems with the drug, like hypertension and discontinuation symptoms. I was supposed to minimize the problems and emphasize the benefits, and there were problems with those benefits as well. Michael Thase had written a meta-analysis showing higher remission rates with Effexor than the SSRIs—45% vs 35%. It sounded good, but many of the studies in the analysis enrolled patients who had already failed an SSRI, which tipped the odds in favor of an antidepressant with a different mechanism of action like an SNRI (Thase ME et al, Br J Psychiatry 2001;178:234–241).

Dr. Carlat: Yes, and I was part of that, until my conscience started tweaking me. At one talk, I told the docs that it was unclear whether Effexor was more effective than the SSRIs. A couple days later, the Wyeth district manager came by my office and said, “Dr. Carlat, you didn’t seem as enthusiastic about the product at your last talk. Have you been sick?” It was at that moment that I decided to resign and start a publication that would counter the hype. A few months later, the first issue of The Carlat Report came out.

TCPR: How did the industry respond?

Dr. Carlat: I didn’t accept industry funding because I didn’t want them to interfere, but that didn’t stop them. In 2004, I published an article on Cymbalta that criticized the industry for cherry-picking outcomes that favored their product. They used a novel method to account for dropouts, the “probability of response,” which is less direct than the usual “last observation carried forward” method (Goldstein DJ et al, J Clin Psychiatry 2002;63(3):225–231). Soon after, our CME provider received a threatening fax from an Eli Lilly lawyer complaining that the article was inaccurate and unfair. We were running on a slim budget, and this nearly caused us to lose our CME accreditation and shut down.

TCPR: How did you handle it?

Dr. Carlat: I published their letter and my response on our website. I invited them to submit a rebuttal, which they did, and I published the rebuttal as well to ultimately let the readers decide. In the end it just shined a light on the problem of how the industry was managing statistics, which brought more readers in.

TCPR: Has the industry changed since then?

Dr. Carlat: One of the biggest changes came along with the Affordable Care Act in 2010, which contained a provision called the Physician Payments Sunshine Act. That required all pharmaceutical companies to publish their payments to doctors— money, research funding, lunches, textbooks, any transfer of value—on a government website called Open Payments.

TCPR: Has Open Payments made a difference?

Dr. Carlat: Yes. There’s been a modest but consistent decline in the percentage of doctors accepting payments, particularly among psychiatrists. When Open Payments was launched, about half of all doctors received payments from the pharmaceutical industry. By 2018, that figure fell by 14% for all physicians and by 24% for psychiatrists (Marshall DC et al, JAMA 2020;324(17):1785–1788). My hunch is that doctors are not happy about their patients being able to look up that they’ve received free lunches from the industry.

TCPR: Sounds like a good thing, but does it change prescribing?

Dr. Carlat: I think so. A recent study showed that physicians are 58% more likely to prescribe a drug after receiving a payment from the company linked to that drug (www.tinyurl.com/564sjue9). And it doesn’t have to be a big gift. Small gifts change prescribing patterns almost as much as large ones (DeJong C et al, JAMA Intern Med 2016;176(8):1114–1122). I think it has to do with something basic in our human nature. We want to do something in return when someone gives us something.

TCPR: What about samples? Don’t those help patients?

Dr. Carlat: The industry spends over $5 billion a year on samples. They aren’t spending that money to help patients. They are spending it to increase the sales of brand-name drugs, and that adds unnecessary costs to the healthcare system (Lahey T, Clin Transl Gastroenterol 2014;5(12):e67). Most of the samples they give out are for chronic conditions. I’m not sure how helpful it is to give two weeks of free samples for a product that will cost the patient more in the long term.

TCPR: Are there brand-name drugs that offer something unique?

Dr. Carlat: Yes. One example is paliperidone (Invega). This antipsychotic was originally marketed for reasons that I did not find very convincing. It lacked drug interactions. It did not require dose titration, and it had FDA approval in schizoaffective disorder. My view has changed now that paliperidone is available as a six-month injection (Invega Hafyera). That’s an advantage over other injectables that have to be given every two to six weeks. I’m more likely to start the oral, generic paliperidone when treating schizophrenia, knowing that the six-month product is out there if we need it.

TCPR: I’d like to ask you about some controversies in psychiatry. To start with, genetic testing.

Dr. Carlat: It sounded like a good idea at first. The problem is that every blinded, controlled trial of these tests produces negative results. That includes popular tests like GeneSight, Genecept, NeuroIDgenetix, and Neuropharmagen. If you read the abstracts, the studies sound positive, but that’s only after data-fishing for any positive signal, and even then, the difference is barely detectable. That’s not very convincing, especially considering these studies only enroll patients who are most likely to benefit from pharmacogenomic testing—the ones who did not respond to their first antidepressant.

TCPR: We’ve seen a rise in adult ADHD over the past 20 years. What are your thoughts on that?

Dr. Carlat: DSM-5 made adult ADHD easier to diagnose because it changed the required onset of symptoms from age 7 to age 12. It’s also easy for patients to mimic the symptoms, and there are many adults with ADHD-like symptoms that are better explained by other causes, like sleep deprivation, head injuries, and other psychiatric disorders. On the other hand, we’ve all seen patients whose lives are changed after starting a stimulant in adulthood.

Dr. Carlat: That’s one topic where my opinion has changed. When TMS first came out in 2008, it looked like it was not very effective, with response rates of 30% vs 20% for placebo. The FDA only approved it for patients who had failed one antidepressant trial, not two trials (which reflects true treatment resistance). But since then, it has gained FDA approval for treatment-resistant depression, and now I think TMS has a valid role. It works as well or better than medication, with fewer side effects. TMS also has new protocols that look even more effective, like the recently approved SAINT protocol that delivers TMS through intensive, all-day sessions over five days instead of spacing it out over six weeks (Cole EJ et al, Am J Psychiatry 2022;179(2):132–141).

Dr. Carlat: Ketamine works quickly, but what’s not clear is how to keep people well after they get better on it. Several medications, including lithium, have been tested to see if they sustain the response, but the only study I’ve seen that was positive involved cognitive behavioral therapy, not medication (Wilkinson ST et al, Psychother Psychosom 2021;90(5):318–327). Another thing that’s not clear is whether the FDA-approved version—intranasal esketamine (Spravato)—is as effective as the original IV ketamine. In the clinical trials, the IV version had a much larger effect, but it’s hard to compare the two across different studies. I’m only aware of one small trial that compared them head-to-head, and it didn’t find any difference (Bahji A et al, J Affect Disord 2021;278:542–555; Correia-Melo FS et al, J Affect Disord 2020;264:527–534).

TCPR: What do you see in psychiatry’s future?

Dr. Carlat: I’d like to see new treatments come out, but mostly we have repurposed medications in the pipeline. Many of them were once drugs of abuse, like the psychedelics. But I’m not discounting them. The psychedelic drugs look promising for treatment-resistant conditions. Psilocybin has a Phase III trial underway in treatment-resistant depression, and positive trials are already out for MDMA in treatment-resistant PTSD (Illingworth BJ et al, J Psychopharmacol 2021;35(5):501–511). But it’s not just the drugs. In each of those trials, the dose was combined with a specific psychotherapy to enhance the response.

TCPR: Are you concerned about the potential for abuse with ketamine and the psychedelics?

Dr. Carlat: Certainly some will become used for nonindicated purposes. Regulation will curb a lot of that. So far, these drugs can only be dispensed through a REMS system and have to be delivered in a supervised office setting.

Dr. Carlat: Well, we’re not the only publication that doesn’t accept outside funding. Simple and Practical and Up to Date also don’t take industry money. What sets us apart is that we make sure the people who write for us or sit for interviews don’t have industry ties. We also keep the pieces practical, easy to read, and—when possible—fun. That means cutting out all the literary “throat-clearing” that a lot of academic articles begin with, like “Major depressive disorder affects 17 million adults and is a leading cause of work-related disability worldwide.” I don’t think our audience needs to be told the same things over and over.

TCPR: What’s in the future for The Carlat Report?

Dr. Carlat: We’re releasing a series of short books, starting with one on treatments for alcohol use disorder. Those books will be paired with videos showing how we’d talk to patients about the treatments. We also have a new webinar series of 30-minute CME videos on focused topics like choosing a stimulant in ADHD and managing depression in the peripartum period. We’ve added more specialty newsletters recently—geriatric psychiatry, hospital psychiatry (see the table, Carlat Print Publications)—and we’re thinking of adding more, like psychotherapy and interventional psychiatry.

TCPR: Thank you for your time, Dr. Carlat.