Home » How to Come Off a Psych Med Part 1: Antipsychotics
EXPERT Q&A

How to Come Off a Psych Med Part 1: Antipsychotics 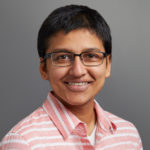 Swapnil Gupta, MD
Associate professor at Icahn School of Medicine at Mount Sinai. Co-author of Deprescribing in Psychiatry (Oxford, 2019). Dr. Gupta has disclosed that she has no relevant financial or other interests in any commercial companies pertaining to this educational activity.

TCPR: There are a lot of books on deprescribing from the antipsychiatry movement, but your book seems to take a different approach.
Dr. Gupta: The biggest difference is that the authors of this book all acknowledge that there is a place for psychotropic medications. They can be extremely beneficial for the patient in the right situation. My concern is with continuing prescriptions without periodic reevaluation for their need.

TCPR: So we need to think about a stopping point as well as a starting point?
Dr. Gupta: I think so. And we need to be talking about stopping or discontinuation at the time of prescribing. In my practice, I talk about the difficulties of discontinuing SSRIs when I start them because it’s important to factor that into the decision to actually start an SSRI.

TCPR: How do you discuss deprescribing with patients?
Dr. Gupta: Often I’ll start by writing down their entire medication list on a whiteboard and say, “With 5 different medications on board, I don’t know what’s happening with the neurochemicals in your brain. My recommendation is that we taper off drug X for this reason. What do you think?” Then the patient may suggest something else, and we often talk about it for months before we decide on something. It’s a collaborative decision. Even if they don’t want to come off anything, just bringing up the idea that we are open to doing that fosters transparency from both sides. Very often it happens that I tell my patients, “You know, let’s try cutting this blue pill by 0.25 mg.” And then the patient reveals, “Oh, the blue one? I haven’t taken that for 6 months.”

TCPR: Patients can get worse for all kinds of reasons during a taper. There’s withdrawal, relapse, stress, and the “nocebo” effect where they worsen because of a psychological attachment to the medication. How do you minimize those risks?
Dr. Gupta: The key factors are good preparation, close monitoring, communication, and flexibility. For example, if we are planning on tapering an SSRI, I tell patients, “When we reduce the medication, you are not going to feel good at least for the first 2 or 3 weeks. You might get anxious; you might get weepy. You might have these odd sensations in your hands and feet.” I make sure they all know how to reach me after hours. I also include their significant other so they don’t get scared by the patient’s emotional upheavals. We often discuss it for months before we actually start the taper. You have to be flexible because it’s a different journey with every patient. Recently with sertraline, a patient developed brain zaps when we got down to 25 mg/day, so we went back up to 100 mg and are tapering it even slower.

TCPR: You said you talk about it for months in advance. What do you talk about?
Dr. Gupta: Sometimes I use a decision-making grid to show the risks and benefits for each med. It’s a 4x4 box, and in the boxes are the 1) benefits of staying on, 2) benefits of coming off, 3) risks of staying on, and 4) risks of coming off. I’ll fill in the boxes with patients’ input and ask them to take it home and think about it. That way I’m not just telling them what to do and they are a part of the decision-making process.

TCPR: What are some areas where you think psychiatrists tend to keep patients on meds too long?
Dr. Gupta: Let’s start with the “low-hanging fruit”—for instance, an anticholinergic like benztropine (Cogentin) to control extrapyramidal symptoms on antipsychotics. Those could usually be discontinued or lowered after 6 to 8 months. Although they may not cause serious side effects in the average healthy person, they do have small side effects that can add up and reduce quality of life, like dry mouth. That worsens oral health, causes bad breath, and makes people have to carry a water bottle around all the time. Others that may be easy and worthwhile to deprescribe are the antihistamines like hydroxyzine (Vistaril) for sleep or anxiety, and trazodone for sleep. After that is antipsychotic polypharmacy. We don’t have evidence that multiple antipsychotics improve outcomes in schizophrenia, but they do increase the side effect burden. Aripiprazole (Abilify) and clozapine are possible exceptions. Combinations with clozapine reduce hospitalization rates, and aripiprazole antipsychotic combinations reduce metabolic side effects and hyperprolactinemia (Gallego JA et al, Expert Opin Drug Saf 2012;11(4):527–542).

TCPR: What are some other examples of excessive polypharmacy in schizophrenia?
Dr. Gupta: Another area is divalproex added to antipsychotics. It’s often added for aggression in schizophrenia on inpatient units. In the short term, those benefits are contestable, but there’s usually no need to continue it long term.

TCPR: Should antipsychotics be continued long term in psychotic disorders?
Dr. Gupta: Not always. If someone had a single episode of a brief reactive psychosis that lasted less than a month, you could consider tapering the antipsychotic. There is really no one-size-fits-all. It’s not a good idea to say that any person with psychosis needs to take antipsychotics forever. A reasonable approach is to lower the dose as much as possible. There are risks with long-term antipsychotics, and we want to minimize them.

TCPR: Is it just physical side effects you’re concerned with, or are there mental side effects as well?
Dr. Gupta: There can be cognitive side effects. It varies by patient, but on average antipsychotics reduce processing speed, particularly at high doses. On the other hand, verbal and working memory tend to improve on antipsychotics. But they can also impair functioning without affecting cognition, such as by constricting affect and motivation (Ballesteros A et al, Psychol Med 2018;48(13):2247–2256; Clissold M and Crowe SF, J Clin Exp Neuropsychol 2019;41(1):26–42).

TCPR: What’s the evidence for that?
Dr. Gupta: The main study that raised this issue was a randomized controlled trial of 128 patients with first-episode psychosis. After recovery, half were randomized to continue their antipsychotic dose, and for the other half the dose was either lowered or discontinued. They were followed for 7 years, and at the end of the study the ones who had their dose reduced or discontinued had much better functioning but were no worse in terms of psychotic relapse. The study is by no means definitive, and it’s difficult to interpret because some of the patients in the “lower or discontinue” group went on and off the medication (Wunderink L et al, JAMA Psychiatry 2013;70(9):913–920). On balance, I think for most patients with schizophrenia their functioning is better on the antipsychotic than off, but there is a subset to be concerned about.

TCPR: When you do decide to taper an antipsychotic in schizophrenia, how slow do you go?
Dr. Gupta: That varies a lot. 12 to 18 months is ideal, and anything less than 3 months is too fast. I recommend lowering the dose by 50%, then by 50% of the remaining dose, and then by 50% of that dose until they are off (the timing of these dose reductions needs to be personalized for each patient). You have to watch more closely at the lower end of the taper; that’s when symptoms might break through. I might go slower if the patient started on a high dose or has risk factors for relapse like a history of recurrent or severe episodes. I also consider how the patient feels about the taper when planning it. Then there are practical concerns, like how often can I check on them? Are there family that can help? If they are on two antipsychotics, I might taper off faster than if they are on just one.

TCPR: There’s a theory that chronic antipsychotic use can sensitize the dopamine receptors, and that this can lead to a withdrawal psychosis when antipsychotics are tapered, even in patients who were taking them for mood disorders and had no prior history of psychosis.
Dr. Gupta: Yes, this is a controversial theory called dopamine supersensitivity. It was proposed in the 1970s by Guy Chouinard in Toronto. Their idea was that the D2 receptors upregulate in response to chronic D2 blockade from an antipsychotic. When the hypersensitive D2 receptors become activated by dopamine as the antipsychotic is stopped, it causes a rebound psychosis. The theory has also been used to explain why adverse effects like tardive dyskinesia and prolactinemia can worsen during antipsychotic withdrawal (Servonnet A and Samaha AN, Neuropharmacology 2020;163:107630; Chouinard G et al, Psychother Psychosom 2017;86(4):189–219).

TCPR: Is there any evidence to support this?
Dr. Gupta: Yes. There are neuroimaging studies of the D2 receptor that support it. The evidence I find most compelling are case reports of D2-blocking medications like metoclopramide that were prescribed in mentally healthy people for nausea, and then psychotic symptoms develop when metoclopramide is abruptly discontinued (Lu ML et al, Ann Pharmacother 2002;36(9):1387–1390). It is so embedded in our clinical culture that if someone discontinues their antipsychotic and develops psychotic symptoms again, we instantly interpret it as a relapse. And we don’t really think about the fact that this might be a rebound psychosis. Most likely it is somewhere in between: Someone has a predisposition for becoming psychotic, and the abrupt dopamine excess that is created by the abrupt discontinuation of D2 blockade ends up causing the psychotic episode.

TCPR: Is it fair to say, then, that in your view schizophrenia represents a group of varied patients, and we need to individualize the treatment approach more?
Dr. Gupta: Yes. I think schizophrenia is a group of disorders; it’s not one unitary disorder. We really need to factor in substance use, stress, and trauma. Nearly 90% of patients with chronic psychotic disorders do have a history of trauma, and we don’t know how that influences the phenomenology and psychopathology of these disorders. It’s possible that what we are calling schizophrenia is neurobiologically not a schizophrenia, so these people may not need antipsychotics for life while others with classical schizophrenia do.

TCPR: Thank you for your time, Dr. Gupta.

To learn more, listen to our 2/8/21 podcast, “How to Stop a Psych Med: An Interview With Swapnil Gupta.” Search for “Carlat” on your podcast store.

How to Come Off a Psych Med Part 2: Antidepressants, Stimulants, and Benzos