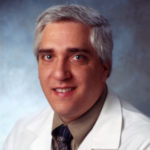 Steven Novella, MD
Assistant Professor of Neurology, Yale School of Medicine. Dr. Novella has disclosed that he has no relevant financial or other interests in any commercial companies pertaining to this educational activity.

CATR: Please tell us about your work.
Dr. Novella: As an academic neurologist at Yale, I spend most of my time seeing patients, usually in the context of teaching students, residents, fellows, etc, and I do some clinical research. I also run the site Science-Based Medicine (www.sciencebasedmedicine.org), which promotes high standards of science throughout medicine and delves into the details about how we translate scientific evidence into clinical practice. I’m a migraine specialist, and we see a lot of patients with addiction in the context of their chronic pain management.

CATR: One area where the scientific evidence may be lacking is in the field of alternative or complementary therapies. How is this field defined?
Dr. Novella: There isn’t really one consensus definition; it depends upon whom you’re talking to. What I consider to be the most accurate definition is that this is a category of treatments that are not adequately based on science or evidence and are promoted for other reasons. The reasons could be cultural, spiritual, or sometimes even nefarious, but they are not part of mainstream medicine because they have not been validated sufficiently.

CATR: How might proponents define it?
Dr. Novella: Their definitions fall into one of two categories. One is very vague: They’ll say that it’s just good medical practice and call it part of alternative, complimentary, and now integrative medicine. It has been rebranded over time. Or they give a definition that might have some qualifiers but amounts to ignoring a science-based standard of care. They might say, “Well, we’re going to use other ways of knowing or incorporate treatments that have not been validated by Western science,” as if there’s different science in different parts of the world. So they create a fiction that we can know what works and what doesn’t work without using any kind of objective methodology.

CATR: Ground us in some examples.
Dr. Novella: Some treatments are consistently included in every definition of alternative or complementary medicine. Homeopathy is a great example. It’s clearly not science based, and it is not part of mainstream medicine, but most proponents of alternative medicine include it in a list of things that they consider alternative and that they promote. Homeopathy is used by naturopaths as well as chiropractors, and there are dedicated homeopaths.

CATR: Given the variability in the definitions of alternative treatments, it may be a challenge for clinicians to ask patients about their use of these sorts of interventions. How do you approach people in the clinic if you want to screen for the use of alternative or complementary therapies or treatments?
Dr. Novella: I usually start with open-ended questions, which I think is just a generally good clinical approach. I ask them, “So what are all the things that you’re doing to treat (whatever issue I’m seeing them for)?” And then if I feel I’m getting an incomplete answer, I may say, “Well, are you doing anything other than pharmacology, anything other than medications? Are you doing any physically based or other treatments? Are there any other practitioners who are seeing you and treating you for this issue?” I ask specifically about supplements and herbal remedies because patients generally do not report them unless they are directly asked. Patients don’t often consider these to be medications, so you should make sure to ask about them.

CATR: Have you come across any prevalent complementary alternative therapies that people may be using for substance use disorders?
Dr. Novella: Yes, I commonly see patients using acupuncture, which is generally considered an alternative treatment both by proponents and skeptics. Proponents have done an effective job of marketing the fiction of acupuncture, and unfortunately, I think a lot of practitioners have bought into this fiction without really understanding the underlying scientific evidence.

CATR: Interesting. What’s the evidence for acupuncture’s effect?
Dr. Novella: When you take a close look at the evidence, it’s pretty clear that acupuncture does not work for unhealthy substance use. For example, in one randomized trial of 280 individuals with a substance use disorder and psychiatric comorbidity, auricular acupuncture was compared with relaxation techniques. No evidence was found that acupuncture was more effective at improving substance use outcomes, anxiety, or sleep-related outcomes (Ahlberg R et al, Subst Abuse Treatment Prev Policy 2016;11(1):24). Despite the negative evidence, acupuncture doesn’t appear to be going away as a treatment modality. It has thoroughly embedded itself in treatment paradigms; prevalence studies have suggested that about 7% of patients with substance use disorders try it (Manheiber E et al, Am J Drug and Alcohol Abuse 2009;29(2):401–413). The most common form you’ll see recommended for addiction is auricular (ear) acupuncture.

CATR: What about systematic reviews or meta-analyses?
Dr. Novella: There have been several reviews about acupuncture’s use for painful conditions. Regarding substance use, there was a systematic review and meta-analysis that focused on acupuncture’s impact on psychological symptoms associated with opioid use disorder (Boyuan Z et al, Evid Based Complement Alternat Med 2014;2014:313549). Four studies occurred in Western countries and found no clinical benefits; 10 of the 12 studies from China reported positive findings, but the review’s authors characterized the quality of all the included studies as poor.

CATR: How do you discuss this with patients in the clinic?
Dr. Novella: When patients ask me, “What do you think about using acupuncture?” I’ll tell them, “Well, I’ve reviewed the literature and in my opinion, it pretty clearly shows that it doesn’t work.” Whereas for other alternative therapies, I might say, “There isn’t enough literature to know if it works or not, but I don’t think it’s a very plausible treatment.” I may follow up by asking, “Why, are you trying acupuncture?” or, “How do you find it?” and then go from there. And a lot of patients will tell me if the benefits are very short lived or it doesn’t work. Some think that it does work. You get the same kind of range of responses that you get when you ask about anything because there’s always going to be a placebo effect in any treatment that patients try.

CATR: So where do you go from there?
Dr. Novella: I think my job is to dissuade them of the fiction and tell them what the scientific evidence actually shows. So I will follow up with questions to keep the discussion going and ask something like, “What is your interest in that treatment?” Sometimes they just really want to explore nonpharmacological treatments. And so I sort of shift the discussion to: “Well, let’s talk about the nonpharmacological treatments that I think are evidence based and that I can recommend to you.” These might include cognitive behavioral therapy, for example, which has demonstrated benefit in many conditions including substance use disorders (Magill M and Ray LA, J Stud Alcohol Drugs 2009;70(4):516–527).

CATR: I’m interested in whether and how often substance use disorders may actually emerge as a result of the use of alternative therapies.
Dr. Novella: Absolutely. Marijuana is the one that’s getting the most attention, whether it’s CBD oil or marijuana itself or medicinal marijuana. This could end up being a useful pharmaceutical, and we might find that it’s helpful for certain psychological or pain-related or nausea-related applications, but we’re at the very beginning of this research. We’ll know more definitively in 10 or 20 years. Currently it’s getting all of this attention and use before the scientific evidence. It remains unclear whether promoting marijuana for health-related reasons may be inadvertently fueling unhealthy marijuana use. It’s putting the cart before the horse.

CATR: Any others we should be aware of?
Dr. Novella: Kratom is an important one. Kratom is an opioid-like, highly addictive drug that people are using over the counter completely without medical supervision. It is associated with addiction and withdrawal. People are self-medicating, buying their Kratom at the gas station, and there’s no regulation to cover it.

CATR: Are there any clearinghouses for data that pertain to these sorts of therapies?
Dr. Novella: You could certainly use the online databases to look for the relevant articles, but I’d like to plug Science-Based Medicine (I mentioned earlier I’m the executive editor). That’s what we essentially are: a clearinghouse for content that says, “Let’s take a look at what the scientific evidence actually says about some of these out-of-the-mainstream treatments and some of the mainstream ones too.” We look at everything. We also think that clinical practice is diverging a little bit from the scientific evidence and we need to take another look at it, so we definitely are promoting a thorough science-based approach to the literature and explaining what that actually means. I think it’s very important to help clinicians optimally translate the scientific literature when it comes to how they treat their patients.

CATR: Thank you for your time, Dr. Novella. 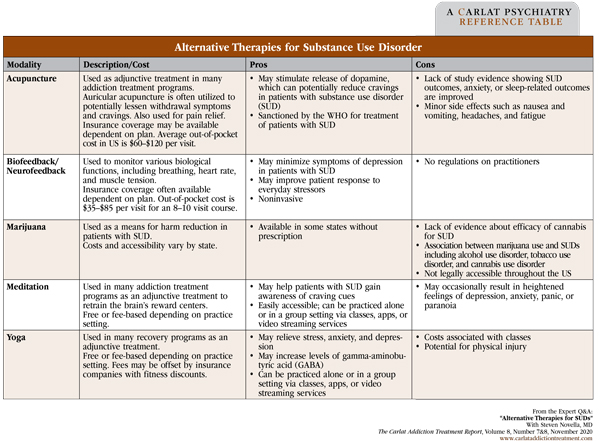